Mexico City’s Best Restaurants are in a state of constant flux. They open and then they close. And there’s always someone with the most humble of street stalls selling something else incredible – but they’re gone tomorrow.

These are the Ten  Best Restaurants – for right now. In another couple of months we may have to count them up again!

On a magnificent 16th century estate, the San Angel Inn is unquestionably one of the city’s most traditional and renowned. Extraordinary international cuisine, with strong Mexican accents, allows the Inn to devote itself to magnificent experiementation and achievement over more than 50 years. Huitlacoche crepes, cream of poblano chilis, lobster bisque and Rockefeller shrimp are just some of the highlights on the menu. Their martinis and margaritas remain legendary.

In a discreet corner near Avenida Observatorio, Casa Merlos is set in the style of a traditional family home. Run by doña Lucila Molina de Merlos, Casa Merlos is a sanctuary of complex and and difficult Puebla cuisine (one of Mexico’s richest culinary lines). Opt for the unforgettable pumpkin flower soup, the “chalupitas” and nearly nothing will prepare you for the various types of mole. Go in season (Mid August through September), for the city’s best Chiles en Nogada.

Led by Enrique Olvera, Pujol’s run as Mexico City’s best known restaurant goes on. Always using the traditional ingredients of the Mexican kitchen, Olvera forges sublime dishes that have captivated the most demanding critics and diners from everywhere. To live a full dining experience, go for the tasting menu which lets you sample everything. Seasonal menus are also sure to please even the most demanding. 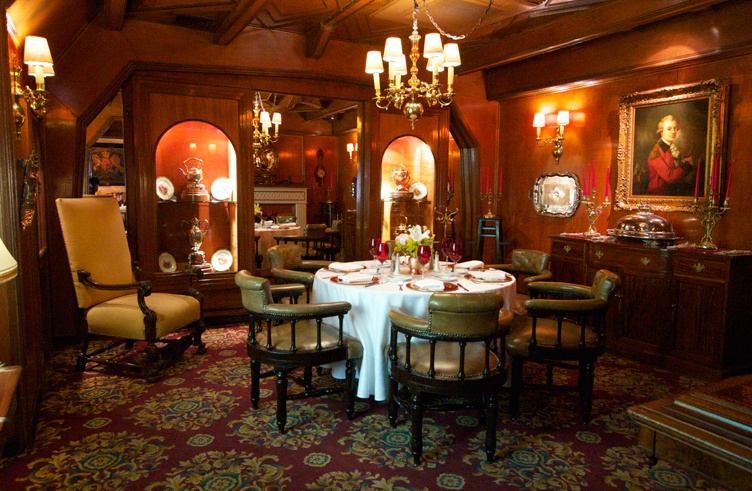 In a Tudor-style mansion, legend has it that Churchill’s was born of a Mexicans love for an Englishwoman and for whom he created this spectacular atmosphere and gastronomic haven some 42 years ago. Easily the best roast beef in town, the ox-tail soup and the Wellington filets are memorable to say the least. 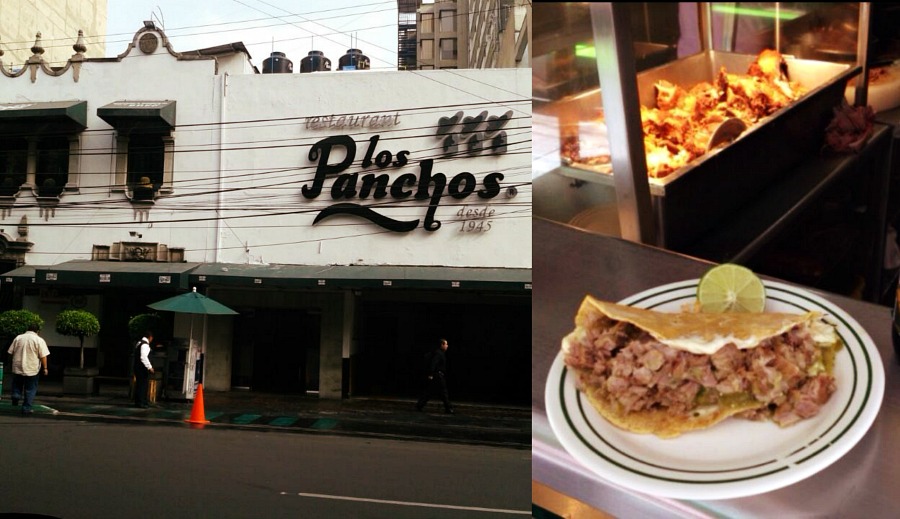 While it’s still almost impossible to find the perfect taco in Mexico City, Los Panchos will give you a run for your money. Heavenly carnitas, pristine guacamole and salsas (including the special salsa, but you have to ask the waitstaff for that one) make this into one of the city’s most highly respected traditional Mexico City restaurants.

Mostly famous for the variety of bugs you can still eat here, Chon is dedicated to pre-Hispanic cuisine, and though it’s eccentric, it’s been visited by world-leaders, intellectuals, artists and even a Chinese emperor. And while you may not want to indulge in the wide variety of insects (Escamoles, grasshoppers, crayfish and maguey worms) the venison meatballs in huitlacoche sauce and the wild boar are exceptional.

With 13 locations, the classic Sinaloa seafood joint gives more prominent Veracruzano restaurants in the city some serious competition. The first city outlet, in Narvarte, set off a stampede for “Governor tacos,” los toros shrimp and marlin bathed in a glorious aguachile. The rest is history. 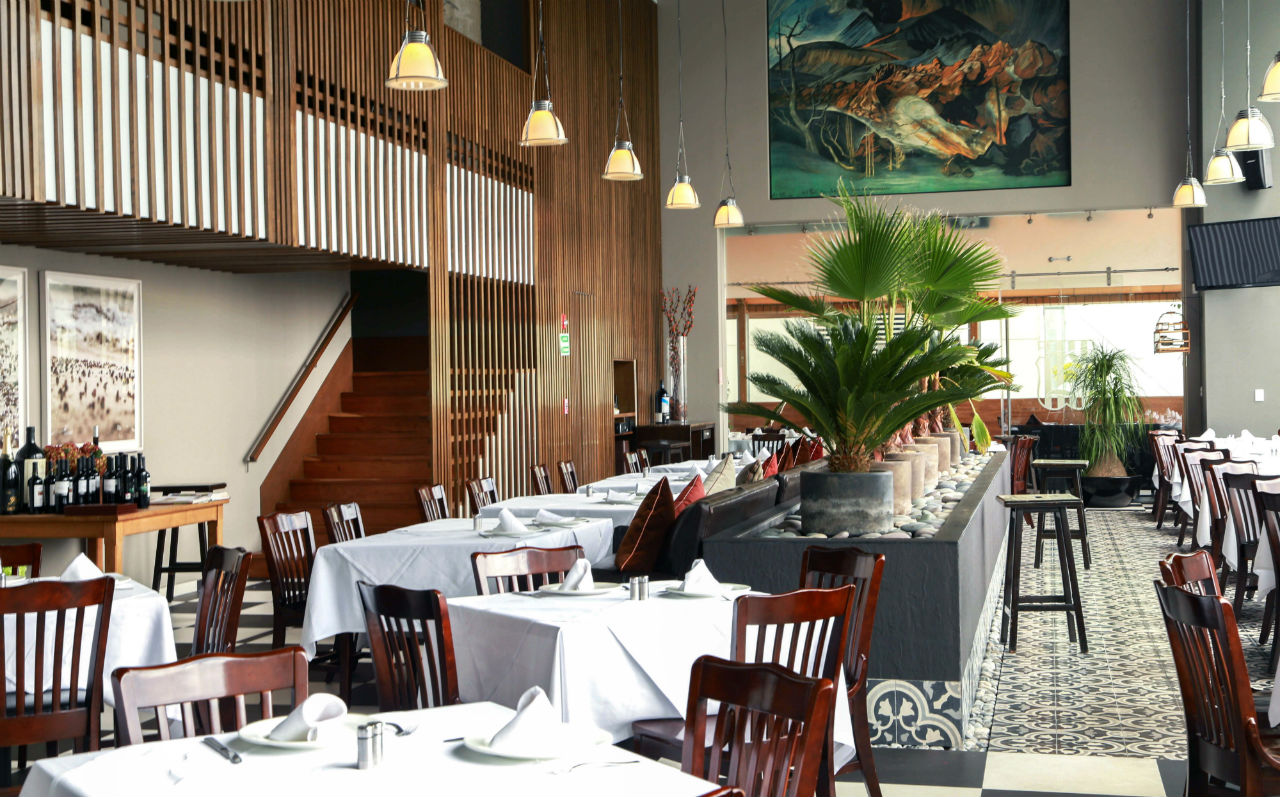 Planty of outdoor seating and a 100 years in the city, Bellinghausen sets the standard for traditional Spanish cuisine.  Rodrigo steaks, Bellinghausen marlin and shrimp are magnificent but people keep coming back because the service is excellent and whatever is on the menu is going to satisfy.

One of the city’s liveliest newer haunts, Maximo presents a very select menu, centered around delicious and fresh produce from the traditional and regional markets of Mexico City. Seasonally highly variable there are always a few very pleasant surprises.

Founded in 1935, over 8 decades el Danubio has really been part of the history of Mexico. Impeccable service makes the relatively international cuisine centered on seafood into something of a treat. A massive menu is still well managed and the  grilled prawns, Danube cocktails and bisque are not to be missed. 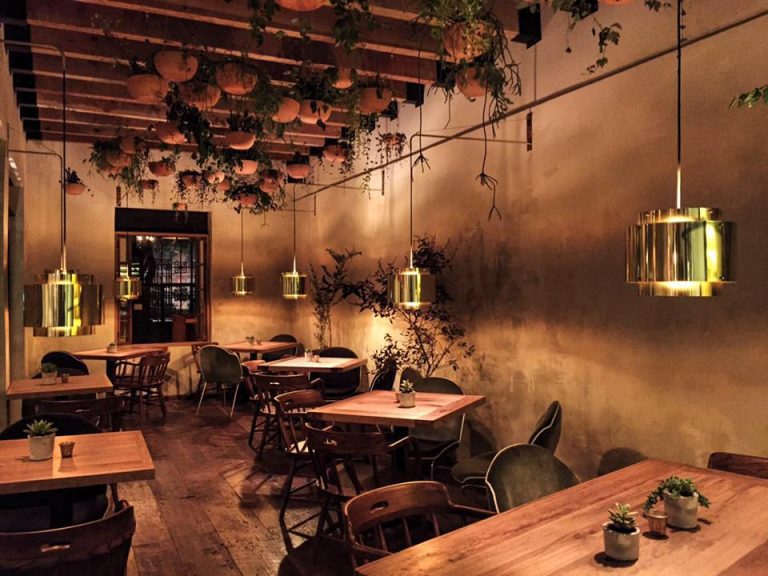 Among the Best New Restaurants for 2019, you may just find the meal you’d been dreaming of!

2016 was a banner year, not just for good eats and good coffee, but for seeing some of our old favorites really come into their own. Hopefully not lost in all of the rave reviews were these ten top-notch new restaurants – perhaps the best New Restaurants of the past year. As we see it, these are the ones who are just getting going. 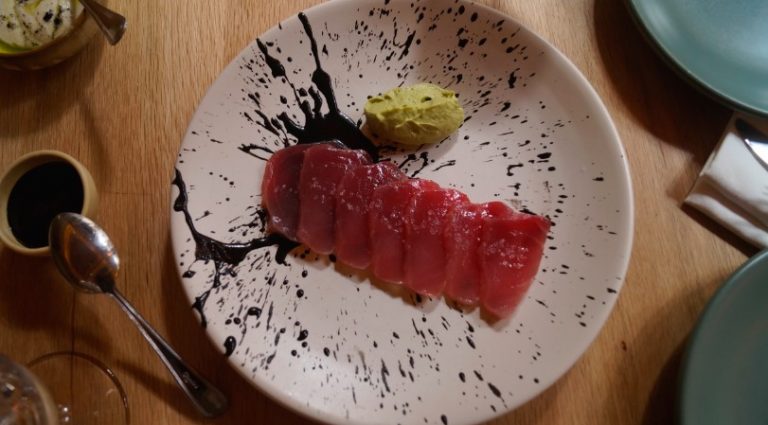 A Mediterranean corner in Colonia Roma, Mia Domenicca always feels like cooking for friends. Priding themselves on a kitchen that turns out truly memorable dishes, the place is casual and friendly, but the menu should leave no doubt that you’ve got some pretty sophisticated friends. 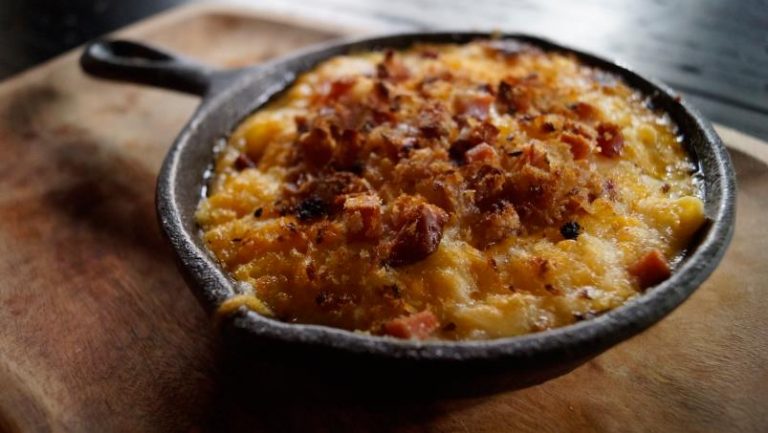 Taking the concept of “comfort food” to some considerable extreme, La Roma is not just good for the soul. With considerable attitude, it’s not really a biker kind of place (though it looks like it). Specializing in burgers, plenty of their sandwiches will meet the expectations of higher-browed clientele, and deeply satisfying, some of their heavier dishes will beg to be revisited. 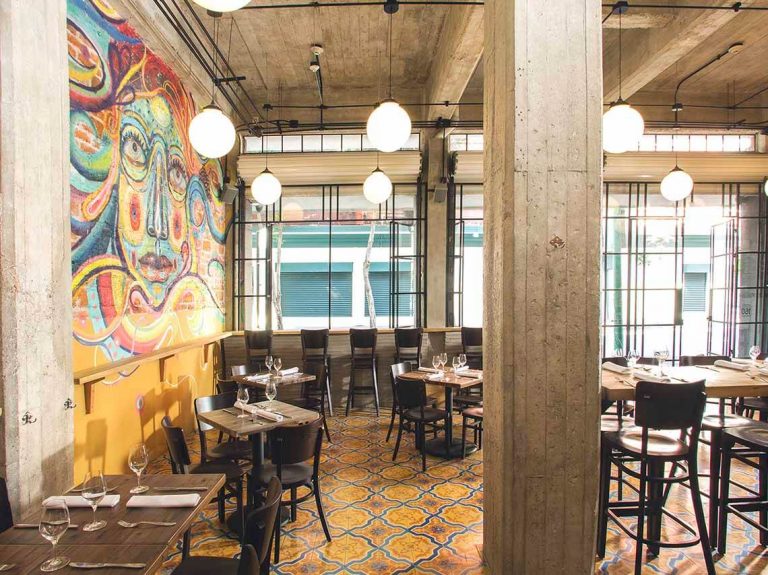 Chef Jair Téllez’s next evolutionary step after winning acclaim for Merotoro and Laja (in the Valley of Guadalupe), Amaya’s menu is still more sophisticated. A fusion of Spanish and Mexican cuisine, the wine (raro or not) is also carefully selected for outstanding results. 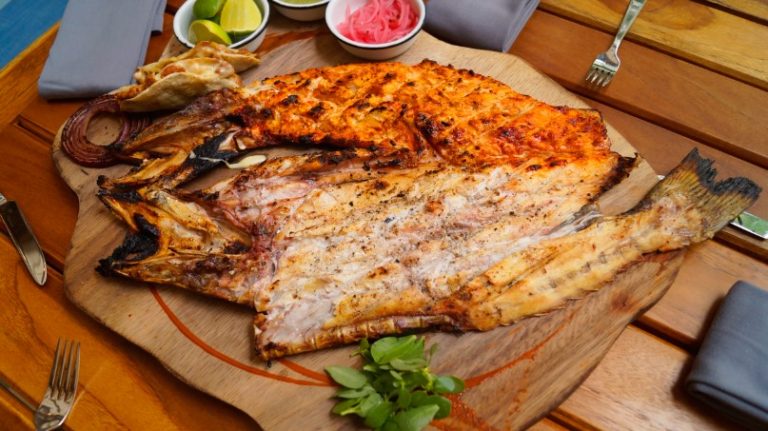 The new place at the Four Seasons, Zenaya is seafood to write home about. Starting with traditional recipes from Nayarit, Chef Tonatiuh Cuevas traveled to the coast to soak up the seasoning of the beach. Quality and freshness have been well noted by some of the city’s most vocal citics. 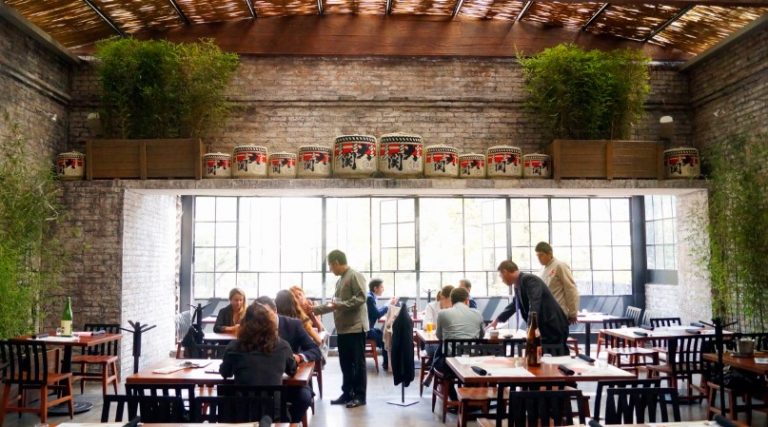 Mexico City’s most beloved Japanese chef brings a much-needed update to the concept of Mexican-Japanese food. With an extremely traditional menu, you get the hyper-simple technique and the full blown Hiroshi treatment for every dish. This is not one to miss. 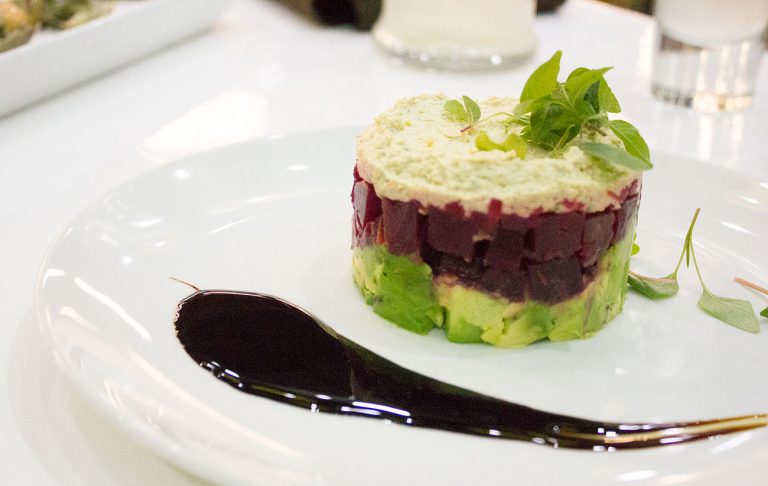 A pure vegetable-based cuisine for everyone, every dish is created with organic and artisanal ingredients. Soups, salads, and hamburgers all attest to the fact that vegan can be not just edible, but even really good, and without mammoth portions. 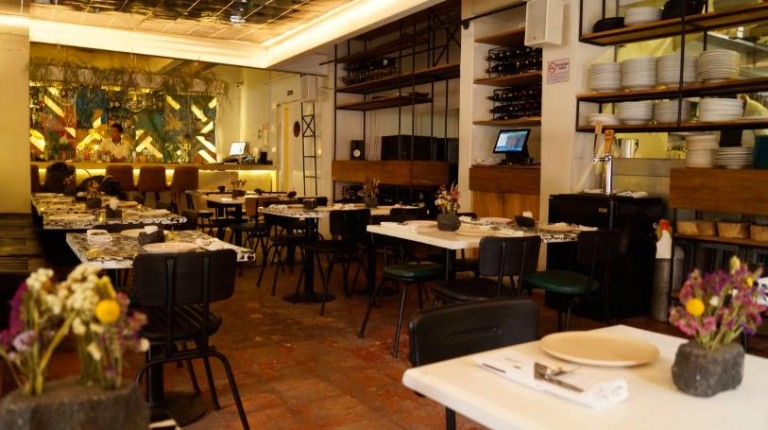 Innovative, high-quality dishes, in an unpretentious environment, Lucas focuses on seasonal everything, and so everything is fresh. With a nice mix of cocktails, for Roma Norte this is a decidedly sophisticated corner of the night. 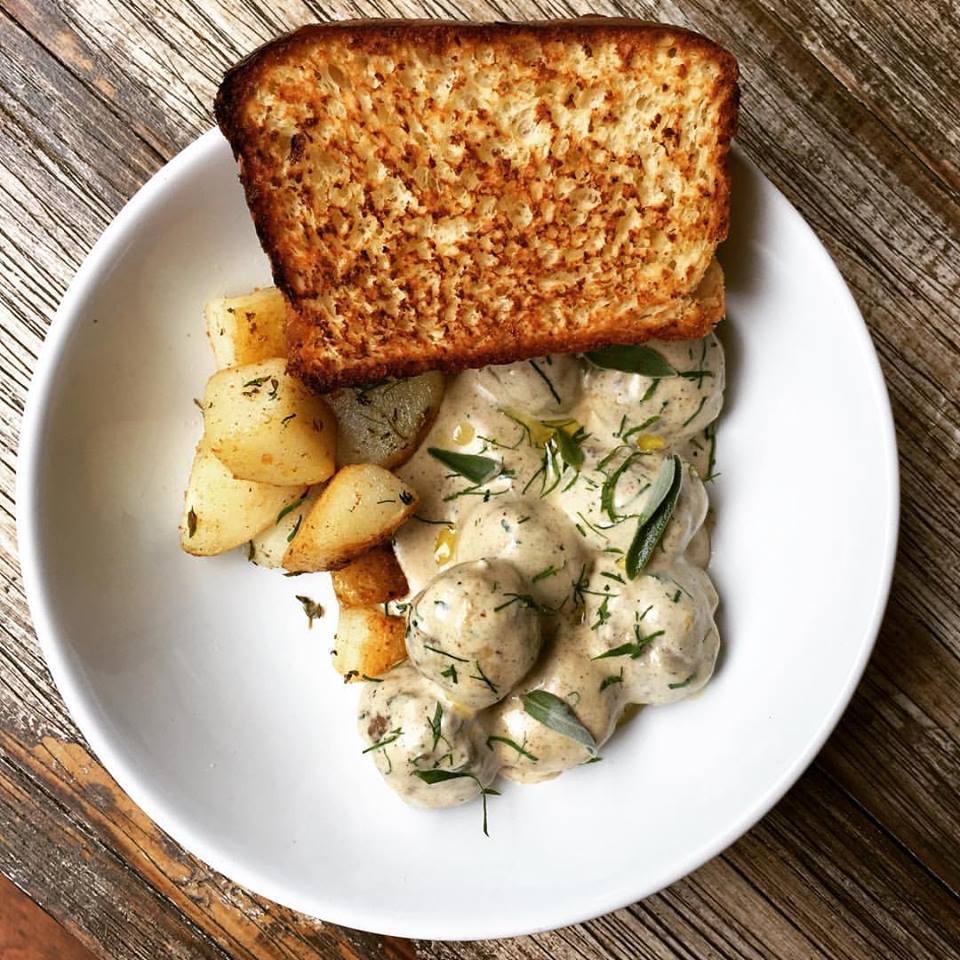 Bastardo, like the child of none-too-respectable parents, is nothing if not creative. Chef Jorge Avedaño latest venture brings always unusual ingredients to the table and the results are something like a mix of down-home and high society. Among the best new restaurants, this is not one to underestimate. 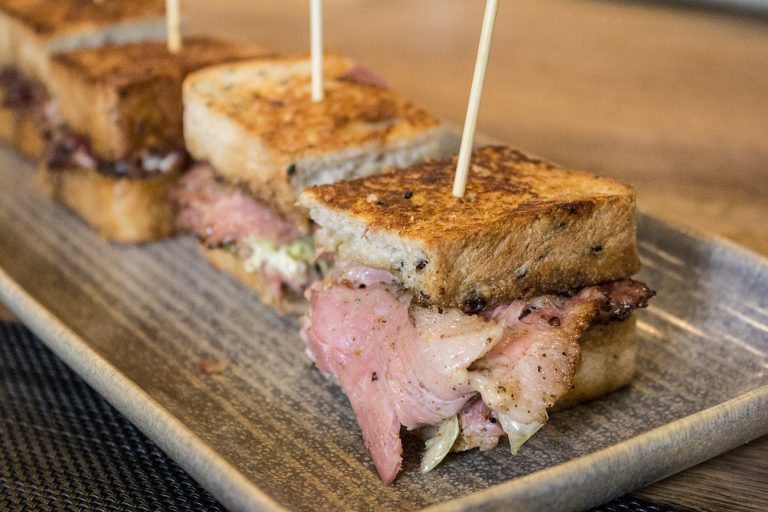 Granada’s not just a bunch of overpriced condos for girls from Toluca. The second Granada entry in this year’s list, is a fusion of Mediterranean, Asian, American and Spanish food all from Valencian chef Ricard Camarena. Eclectic is a ood first word to describe it, but the flavors and technique somehow all make sense here – if nowhere else. 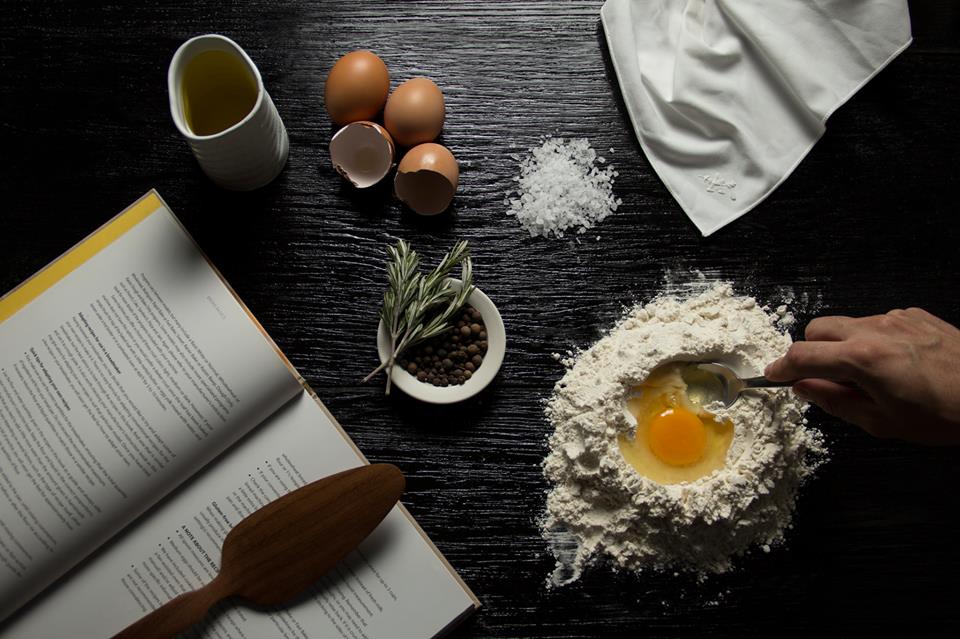 For daily delights inspired by a traditional bakery, you shouldn’t have to climb Mount Everest.  But that’s where you’ll find this new and rather exclusive bakery and coffee shop with a pretty good menu tacked on to keep it innovative. Contemporary Mexican food comes in ample servings to make it one of the best new restaurants of the past year. And the terrace, for lunch is one reward for venturing out to Lomas. 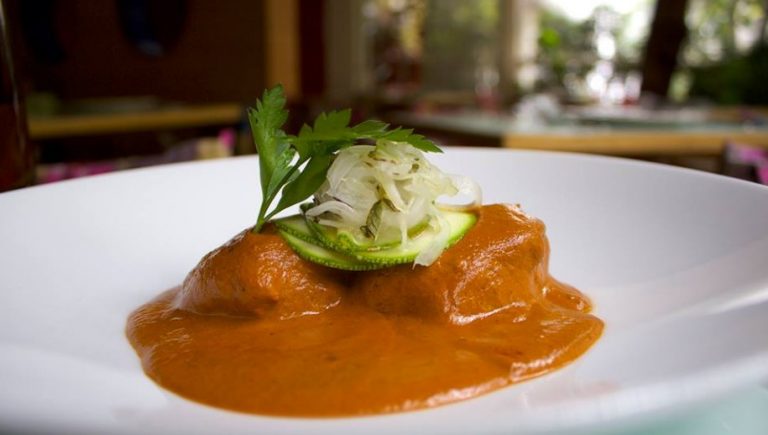 Some of the Best Moles in Mexico City are also Some of the Easiest to Find!

Mole, the word comes from the Nahuatl, molli, is always among the most emblematic of Mexican dishes. There are multiple varieties of moles, each prepared with different chiles and spices. This mixture is then thickened with corn, vegetables and sometimes with a meat stock. And then it’s set to stew.

The interesting thing about mole is that over the decades it’s continued to evolve. More and more chefs and restaurants strive to include a mole on their menus, with original dishes inspired by nothing but that original dark sauce. Dishes today range from the most traditional to the most modern and extravagent. And they always bear something of the original identity in their complex characters and flavors. 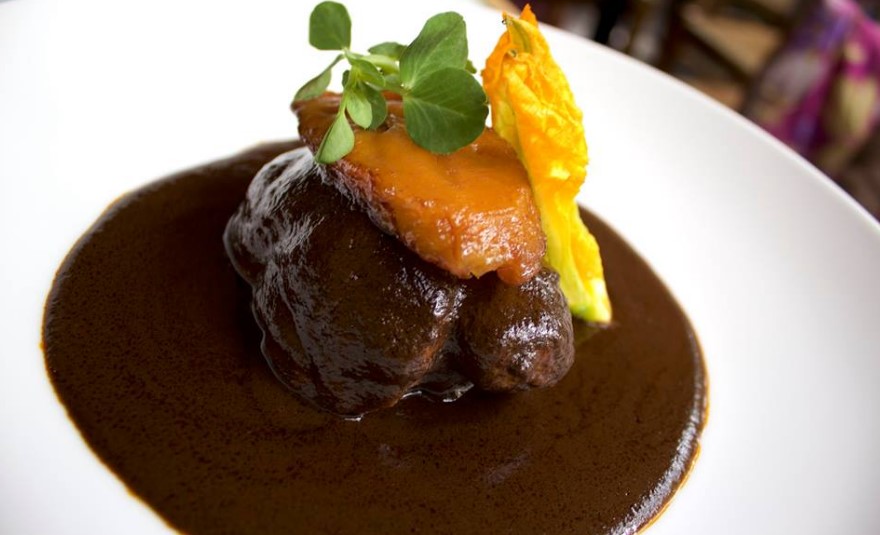 One of the city’s true classics, Azul is at home in an impressive old building and prides itself on a rather high Mexican gastronomy. The house mole is rather on the traditional side, but for the adventurous, there’s also a sweet version served with duck. 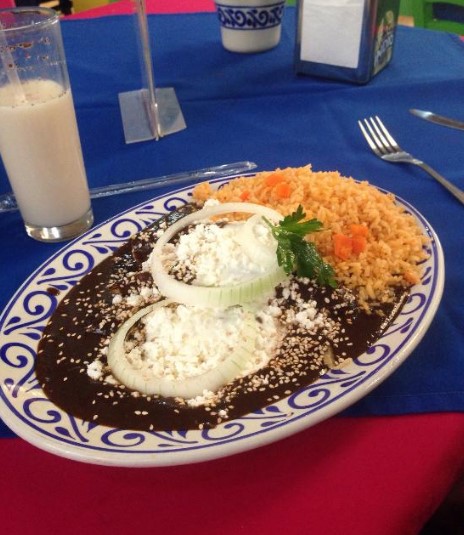 With very fair prices, La Poblanita’s portions are very generous, and the mole enchiladas, are not to be forgotten. Overall, a traditional and rather “poblano” style menu should fill up even the most finicky of guests. 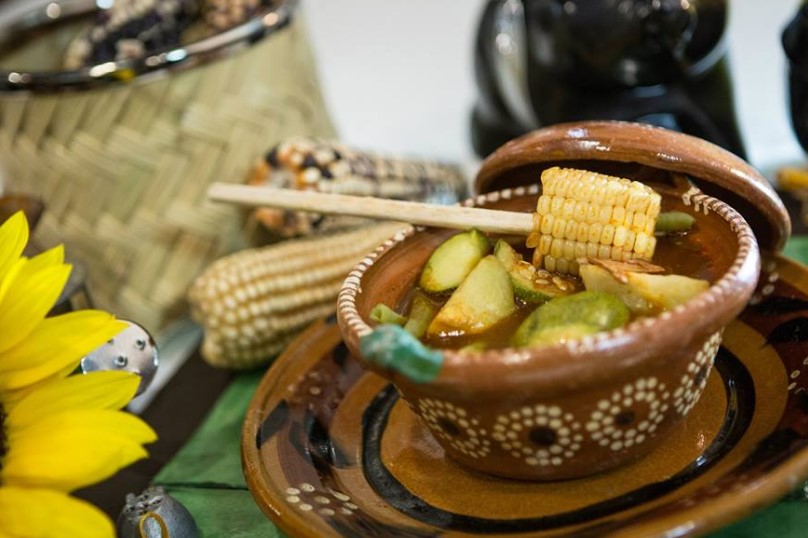 A favorite since the 1940s, Los Panchos has been recommended by world-renowned chef, Enrique Olvera. One of the city’s most varied menus, the house mole is one of the star dishes, and always comes out not just sweet, but exotic, multi-layered and complicated. 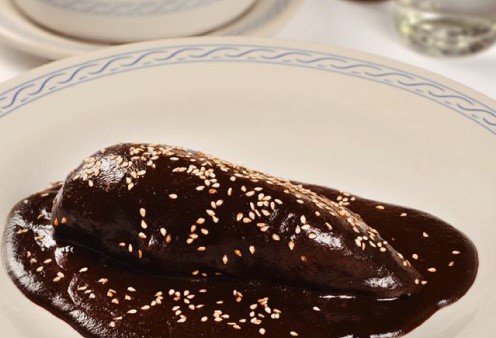 Always esoteric, El Cardenal has been one of the best Centro restaurants for as long as anyone can remember. Most famous for the breakfasts, at lunchtime all the niceties go away and the real guns come out. A chicken breast stuffed goat cheese ought to get you going but the red mole is easily among the best moles in Mexico City. 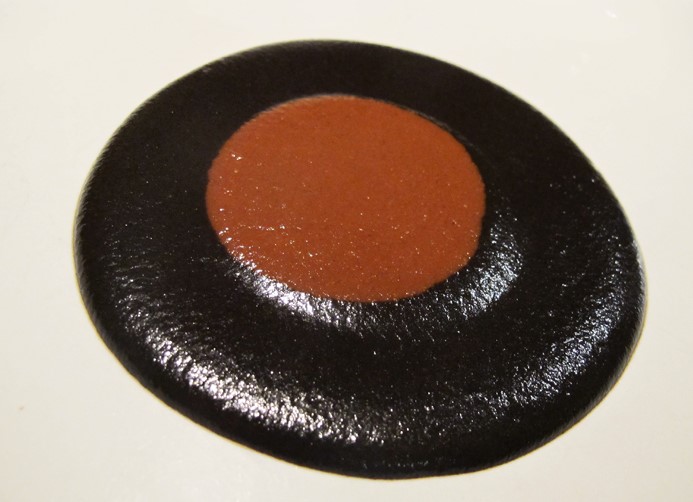 Easily one of the most recognized eateries in the city, Pujol usually makes lists of the best in all Latin America. Cuisine is distinctly Mexican while the atmosphere is sophisticated and minimalist. Among the most popular of dishes is the “mole madre/mole nuevo,” made through a fusion of ancestral and modern techniques. 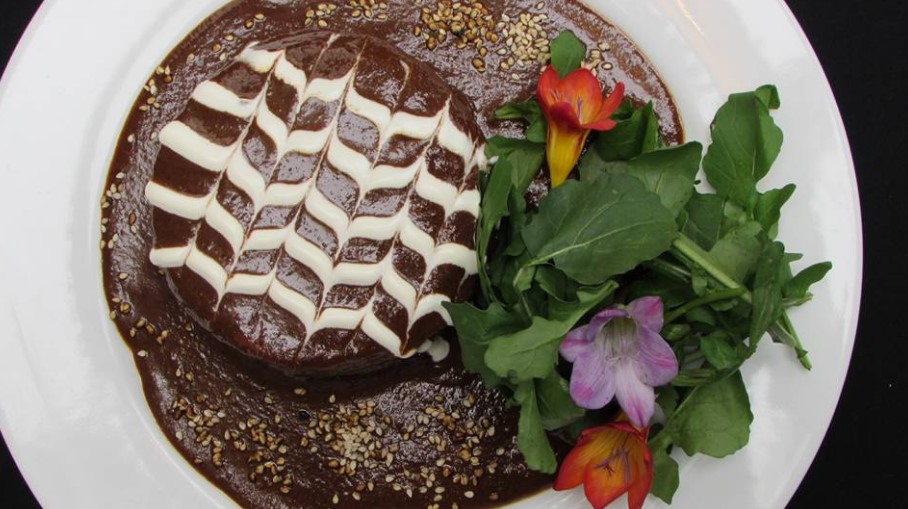 Priding itself on traditional and contemporary Poblano recipes, many of the moles are from carefully secreted recipes, each with a unique flavor. Order the chilaquiles with mole or the guava mole, both of which are exceptional. 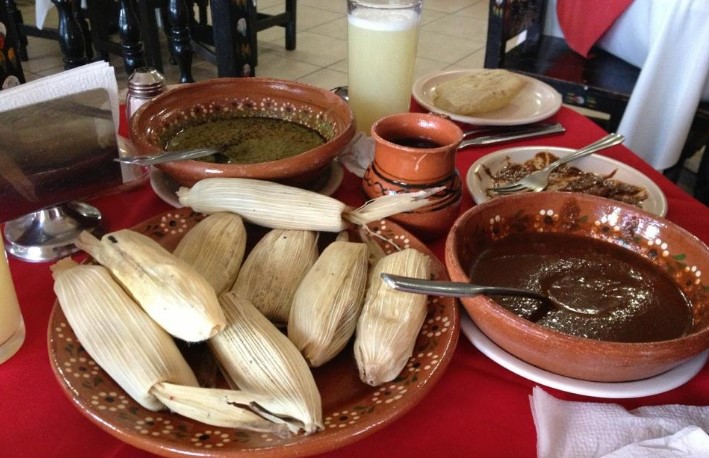 San Pedro Actopan may be practically the world capital of mole and the majority of inhabitants dedicate themselves in one or another to the production of the sauce. El Familiar offers one particular mole with walnuts (mole de nuez), which goes spectacularly with almost anything. But the three-mole enchiladas offer an amazing sampler for those unwilling to commit.