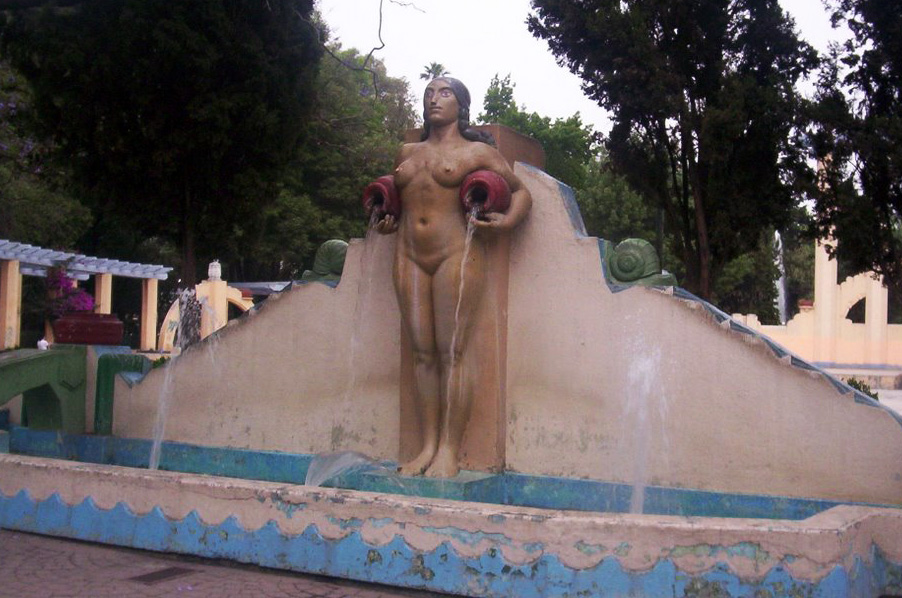 At the turn of the 20th century, the dreams of Mexico City’s upper classes came together to lay the foundations of one of the most promising neighborhoods of the time: Colonia Condesa. The settling took place on the land that used to belong to the Hacienda de la Condesa de Miravalle (Countess Miravalle’s Ranch), which was prosperous throughout the 19th century.

The Europeanized and avant-garde ideals that permeated the urban endeavors of the beginning of the 20th century derived in the outlining of Condesa, with its large tree-covered avenues, gardens and beautiful town houses and the influence of the most varied architectural trends: functionalism, art deco, Californian colonial and neocolonial styles.

It was precisely this modern environment that seduced the numerous characters that lived in this neighborhood and impressed it with their stories; among the names that appear on this list, some of the most outstanding include Alfonso Reyes, Cristina y José Emilio Pacheco, Juan José Gurrola, Margie Bermejo, Paco Ignacio Taibo II, Claudio Obregón, Plácido Domingo, Brian Nissan, David Lach, Byron Gálvez, Dr. Ruth Lechuga and Tina Modotti.

Towards the end of the same century, La Condesa suffered what many consider was the beginning of its plasticization: the property boom and the establishing of numerous restaurants made this the trendy area par excellence, which resulted in the detriment of the neighborhood’s local lifestyle.

The neighborhood’s new dynamics, however, have not killed Condesa’s avant-garde personality, which invites us to wander its streets to admire the invaluable architectural testimonies that comprise it and additionally, it invites us to visit one of the many bars, cafés, boutiques or galleries that have been established in this renowned barrio.

For those who decide to take a stroll down Condesa’s tree-covered streets, we recommend the following list of buildings whose beauty must be admired:

Edificio Condesa: This building, erected in 1911, located on Mazatlán no.5 is one of the most emblematic ones in the neighborhood.

Plutarco Elías Calles–Fernando Torreblanca Archive Trust fund: Across the street from Parque España, at no. 104 of Guadalajara Street, stands this castle-shaped mansion erected in 1928.

Parroquia de Santa Rosa de Lima: This building, located on Alfonso Reyes, at the corner of Tamaulipas, dates back to 1943 and is known as the most beautiful parish in Condesa.

Capilla Alfonsina: On Benjamin Hill no. 122, stands what was once the home of writer Alfonso Reyes. Nowadays, this space is a literary studies center and still contains the larch archive of books that the writer acquired throughout his life.