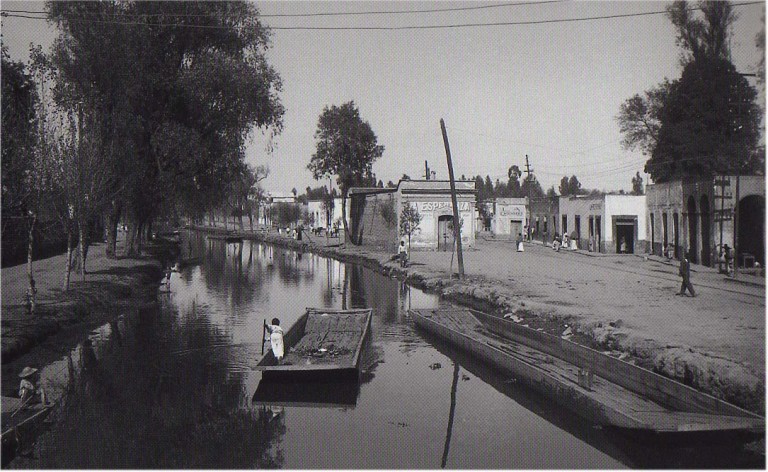 Itztacalco is one of the smallest and oldest of Mexico City’s 16 delegations. These are administrative units that used to be similar to New York City’s five boroughs. All of these delegations are actually in the process of being changed to “municipios” that coincide more with counties in the US. It won’t be the first time Iztacalco has faced major change.

Once right in the middle of the great Lake Texcoco which flooded most of the floor of the Valley of Mexico, Iztacalco as an island was occupied well before many other parts of what is now Mexico City. Founded in 1309, it’s actually older than the grand Tenochtitlan which is traditionally said to have been founded in 1325.

Iztacalco means “house where salt is processed,” and early residents are believed to have been involved in the extraction and refining of salt from the lake. The emblem of the delegation, even to this day recalls a salt distiller. Iztacalco quickly evolved into a key launching point for canoes and barges crossing the Canal de la Viga and bound for Tenochtitlan, today’s city center, and points beyond. 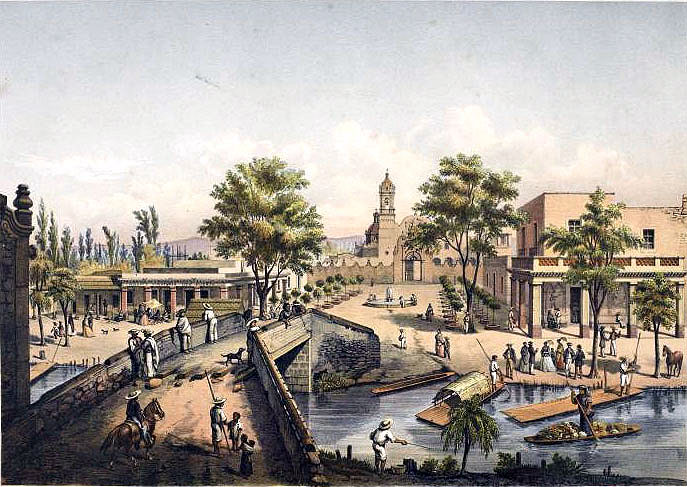 Early Iztacalco was formed by water canals and chinampas, the man-made island gardens and agricultural plots. It’s believed that the Mexica people inhabited a small island of Iztacalco prior to founding the capital of the empire that would dominate the lake, the Valley of Mexico and eventually most of Central Mexico. But up the arrival of the Spanish in 1521, Iztacalco became part of an administrative unit named  for San Juan de Dios. The viceregal (colonial) period, saw much of local administration under the direct control of the Franciscan order, the priests and monks of which were responsible for evangelizing the area. The San Matias Convent was founded here in 1564 and some 300 Indians were educated here. By the end of the colonial period, Iztacalco had become primarily an agricultural community.

The San Matias Convent in Iztacalco

In the nineteenth century, the area was  part of the district of Tlalpan in Mexico state. Still a key transit point, Itztacalco was a primary hub for barge traffic traveling the canals to places like Milpa Alta, Xochimilco and Iztapalapa Mixquic. By 1900, it had become a municipality and part of the prefecture of Guadalupe Hidalgo. But as the Constitution of 1917  took efffect in the wake of the Mexican Revolution, in 1929 Iztacalco became a delegation of the recently created Distrito Federal. For safety and health reason, the Canal de la Viga was closed entirely in the 1930s and converted to an urban road. All the canals of previous centuries have today disappeared and are only sometimes visible in the names of the streets and alleys of Iztacalco. 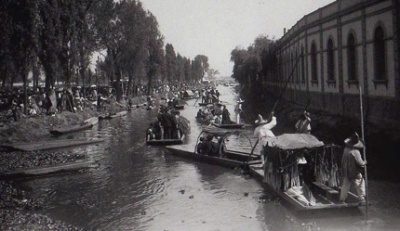 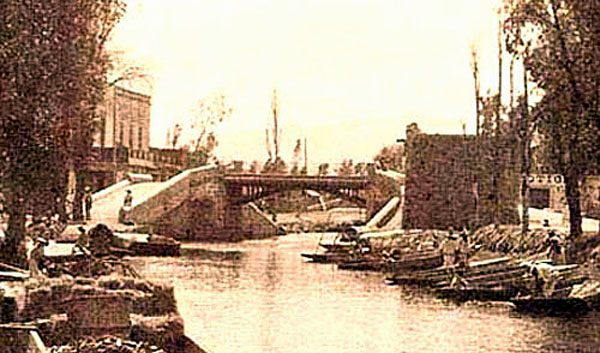